Owing to their potential consequences, such as the disaster triggered by hundreds of landslides in October 1999 in the mountain range Sierra Norte de Puebla, mass movement processes are among the most significant geomorphological hazards in Mexico. In this paper, we presented the reconstruction and analysis of debris flows at two valleys located on the Tenextepecuaco mountain in the Sierra Norte de Puebla, based on geomorphologic and dendrogeomorphic methods. From 37 Juniperus deppeana trees we made a Local Reference Chronology, also to dating and mapping the debris flow events and finally for determine the stability/instability of the landforms using the age of the trees. The comparative analysis of the maximum rainfall series in 24 hours, for the period from May to October from 1992 to 2013, and the tree-ring width index suggested that in August 2007 and August 2010 two channels of the western valley were reactivated triggered by heavy rainfall amounting 93 and 56 mm, respectively. As a result of such event, some tree-rings series recorded a growth suppression, and that was also observed in satellite images by Google Earth through changes in the vegetation cover. Other trees showed a less growth suppressions in 2013 and the channels were kept active. Since 2014, some trees showed a growth release, and recolonization of trees was also identified in the satellite imagery by Google Earth, suggesting an apparent geomorphological stability. The applied methodology showed the potential of Juniperus deppeana to be used for dendrogeomorphic studies in México, also in others geomorphic context. Additionally, particular results of the study can contribute to the existing efforts on prevention and mitigation of natural hazards within the regional context. 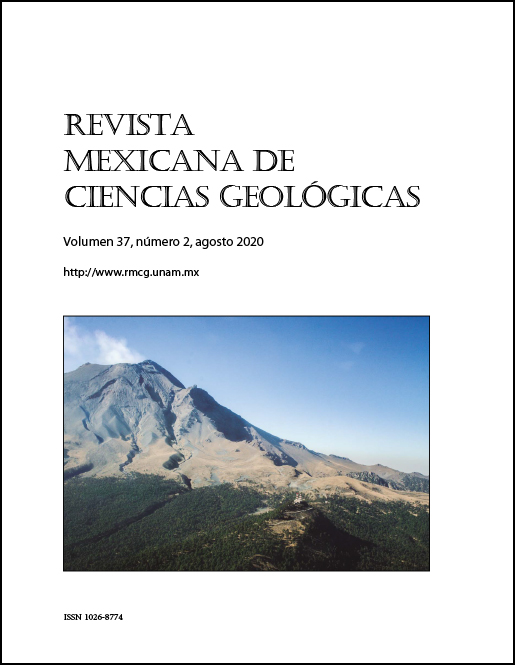