Miocene faulting in the southwestern Sierra Madre Occidental, Nayarit, Mexico: kinematics and segmentation during the initial rifting of the southern Gulf of California

Crustal stretching affecting western Mexico during the Neogene, and its relationship with the opening of the Gulf of California, has been widely studied and discussed for several decades. Nevertheless, the timing and kinematics of the opening is a matter of debate. Most authors essentially agree in considering the rupture of the lithosphere around the Gulf of California, as a fast process that began at ~12.5 Ma and became successful in the early Pliocene, when new oceanic crust began to form in the southern Gulf of California. However, recent studies demonstrated that the crustal stretching processes leading to the Gulf opening began in Late Oligocene as a wide rift, which subsequently focused into the present Gulf area in the early Miocene, accompanied by a slight change in the direction of extension. Eventually, after subduction ceased, highly oblique transtensional deformation broke the previously extended lithosphere.

In this work we present a structural study of the kinematics and time of faulting, and of mafic dikes along three transects in the southern Sierra Madre Occidental, along the southeastern margin of the Gulf. We found that the deformation associated with the beginning of the Gulf of California rifting can be grouped in three sets: 1) normal faults formed during a first phase of deformation, beginning at ~24 Ma, characterized by E-W extension; 2) normal faults and dikes formed between ~20 and 11 Ma, associated with a second deformation phase, with ENE-WSW extension; 3) E-W to NE-SW oblique slip and strike-slip faults and dikes, associated with rift accommodation zones that segment the Gulf of California rift. No significant deformation occurred in the study area after 11 Ma, time at which the extension focused in the present Gulf region. The kinematics of faulting in the study area excludes that significant oblique or lateral deformation might have occurred during the initial phase of rifting in the southern Gulf of California, coincident with the last phase of subduction. 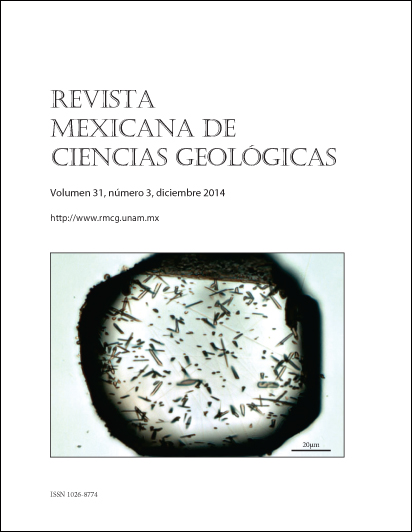