Structural analysis of the La Colorada Mine, Sonora, Mexico

La Colorada Mine is an important gold and silver deposit located in the Sonora state, NW Mexico. Mineralization consists of quartz veins containing carbonates, sulphides, with silver and gold ore. The veins were emplaced along normal faults and related breccia zones. Our structural study recognizes one folding phase imposed on Paleozoic to Mesozoic (?) sedimentary rocks, which is ascribed to the Late Cretaceous Laramide Orogeny based on the orientation of the structures and the age of the units. Four sets of normal faults were recognized and its relative age defined based on crosscutting relationships, stratigraphy, rock ages, contacts, and structural analyses. The first set strikes ENE-WSW to E-W and dips both N and S. Faults of this set host the main mineralized veins, which have been dated between 27 and 22 Ma. The second set consists of NW-SE striking faults, with SW and NE dip. Similarly oriented structures occur in the Basin and Range physiographic province, which has been dated in Sonora between ~26 and 15 Ma. The third set is represented by a NE-SW striking conjugate fault system, which predates or is coeval to a widespread peralkaline ignimbrite dated at 12.3 Ma. The fourth set of conjugate faults strikes NNW-SSE and may have been active from 10 Ma to the present. These mid-late Tertiary fault sets suggest that changes in the stress field occurred from the final phase of subduction until the present. 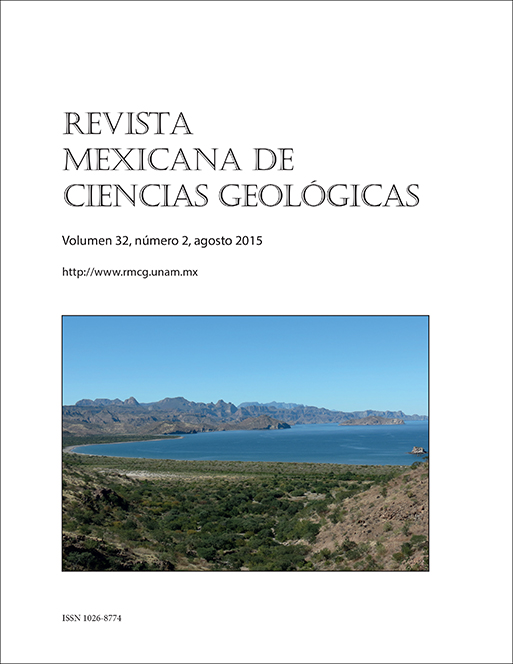