Strategy for the identification of tailings with environmental risk potential in a mining district: case study in the Guanajuato District, Mexico

In this study, the environmental risk of tailings in the Guanajuato Mining District is evaluated. Within the district, cyanadation and flotation tailings were located, and information about geological origin, ore process and construction method, and age was compiled for each tailing; the current erosion situation was also described. Five tailings representative of the different geological origins were chosen, and profiles of maximum one meter depth were described and sampled; composite surface samples were also obtained. In the field, morphological evidences of acidification were registered, and total contents of copper, lead and zinc was quantified in the laboratory.
Thirty-two tailings were identified, which occupy an area of 82.5 hectares and have an estimated weight of 40.3 millions of tons. Eleven correspond to cyanadation tailings deposited between 1905 and 1946, of which four are strongly eroded. Twenty-one are bulk-flotation tailings that show textural variations within the deposit: areas proximal to the dam have a sandy texture, low water holding capacity, and are well aerated, while distal zones have a clayey texture, low permeability, and are not well aerated, constituting zones where water accumulates during the rainy season.
Metal concentrations in tailings range from high to medium according to existing regulations in different countries: 37 to 429 mg/kg Cu, 13 to 178 mg/kg Pb and 36 to 448 mg/kg Zn, and, because of their great volumes, tailings can produce negative impacts to the environment. The geological origin of the tailings determines the metal concentrations: stockwork wastes have lower metal contents than wastes from veins or breccias. Flotation tailings present a large spatial variability in their metal contents which is related to the textural classification within the deposit, with proximal zones having lower metal concentrations than distal ones.
The developed strategy was useful to identify factors that control the distribution of potentially harmful elements in the zone and also to evaluate acidification potentials. The main factors that control the metal contents are the geological origin and the textural classification, whereas acidification is controlled by the geological origin and the presence of water, and is favored by coarse textures. 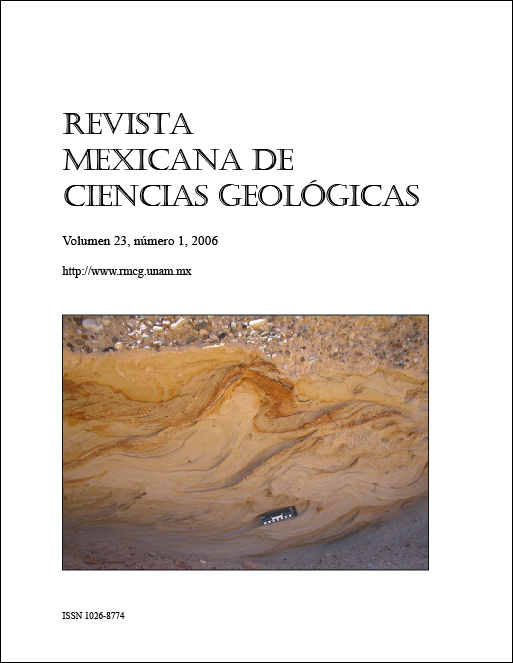