A textural study of grain-size distribution parameters (mean graphic size Mz, sorting σ, skewness Ski, kurtosis KG) was carried out in the state of Sonora, in NW Mexico. The aim was to distinguish between desert and coastal dunes based on the textural parameters of the sands. Sixty two sand samples were collected from the slip face and crest of linear and sand sheet dunes from the desert and coastal zone of the Altar Desert, Sonora. Textural parameters were determined by a Laser Particle Size Analyzer (Coulter). Among the four groups of dunes studied, El Pinacate desert dune sands are significantly different from the rest of the dune groups in terms of grain size and skewness. This is due to the selectiveness of the northwesterly winds that concentrates finer sizes with longer wind transport from the source (Colorado River delta sediments) to the El Pinacate dune fields. In contrast, the grain size distributions for the rest of the dune fields are affected by their proximity to the sediment sources, tidal transport, long shore drifts and southwesterly and southeasterly winds. Coastal dune sands are coarser than the desert dune sands. This may be caused by the effect of the tidal currents and local winds of the Colorado River delta sediments that locally carry coarser grains onto the beach and landwards. Bioclasts of the beach sand in Puerto Peñasco also exerts a control in the grain size distribution of the dune sand. The linear discriminant analysis and ANOVA test are useful tools to discriminate between desert and coastal dune sands. Some similarities were detected for the grain size distributions between the Altar Desert sands (Mz=1.34ϕ – 2.79ϕ; σ=0.35ϕ– 1.60ϕ) and the Kalahari Desert sands (Mz=1.55ϕ– 2.38ϕ; σ=0.51ϕ– 1.52ϕ) that are probably associated with the sediment source of the sands, dune morphology and wind patterns. 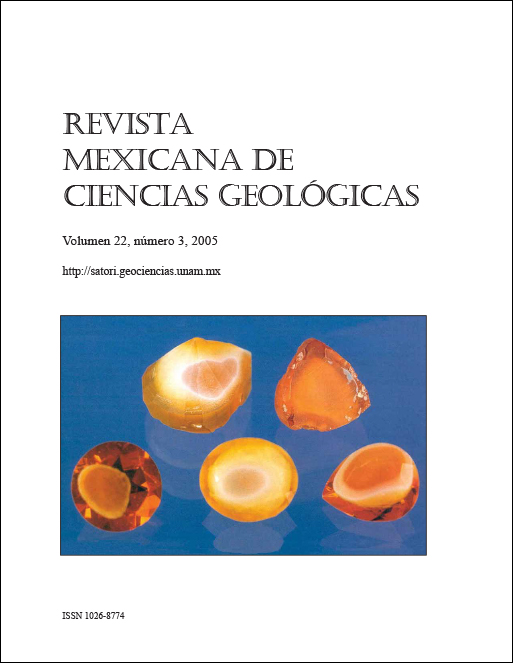