The northern Gulf of California rift system consists of a series faults that accommodate both normal and strike-slip motion. The faults formed a series of half-grabens filled with more than 7 km of deeply cyclical siliciclastic successions. The chronostratigraphy of the basins shows that subsidence started during the middle Miocene (~15 Ma). Here, we present tectonostratigraphic models for the Tiburón basin, in the southern part of the system, and the Wag ner basin in the north. The models are constrained by two-dimensional seismic lines and by the stratigraphy of two deep boreholes drilled by PEMEX -PEP. Models are kinematic and incorporate the effects of faulting, flexure, sediment compaction and redistribution of mass by the combined efects of ero sion and sedimentation

Analysis of the seismic lines and models’ results show that: (i) subsidence of the basins is controlled by high-angle normal faults and by flow of the lower crust, (ii) basins share a common history, and (iii) there are significant differences in the way brittle strain was partitioned in the basins, a feature frequently observed in rift basins. On one hand, the bounding faults of the Tiburón basin have a nested geometry and became active following a west-to-east sequence of activation. The Tiburon half-graben was formed by two pulses of fault activity. One took place during the protogulf extensional phase in the Miocene and the other during the opening of Gulf of California in the Pleistocene. On the other hand, the Wagner basin is the result of two fault generations. During the late to middle Miocene, the west-dipping Cerro Prieto and San Felipe faults formed a domino array. Then, during the Pleistocene the Consag and Wagner faults dissected the hanging-wall of the Cerro Prieto fault forming the modern Wagner basin. 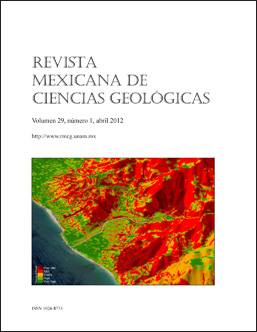